As I promised, as soon as I had internet I write the experience of the workshop I have had yesterday in Helsinki.
Daniel Marpica was our guide and, from him I have learned what is really the Cartonera; the history of this method and, the making of Cartoneras.

The Cartonera is a social political artistic way of publishing, the founders are Washington Cucurto, Javier Barilaro and Fernanda Laguna.
The movement started in Argentina in 2001 due to the economical crisis that stricken the country. The tough economic conditions led to an increase in the number of cartoneros, people who make their living collecting and selling salvaged materials to recycling plants.
Cartonera books are made from cardboard bought from cartoneros at three to five times the price set by recycling plants. The cardboard is then used to create covers for short books of prose or poetry. Each book cover, is hand painted and sold on the streets at the cost of production in order to increase access to literature. This method of publication has provided the opportunity for unknown authors to be published, as well as for renowned authors to reach a more diverse audience. Beyond selling affordable books, the cartoneras promote literacy and the democratization of literature through workshops and book fairs which bring the greater public in contact with literature. The cartonera publishers also involve the community in the process of book creation and distribution through a cooperative learning experience which pushes aside educational and socioeconomic divides among participants. The books are generally published in small editions of 100 or fewer; however, popular texts are kept in print or printed through neighboring cartoneras.
The result of this, is a real object of art.

So, with the project Sivuvalo, yesterday we were making the Cartoneras of Sivuvalo, in a modern way, but still, maintain the idea of this movement. The hand painted covers have been replaced by a modern laser printer, but beside this, all the materials we have used were completely recycled.
“Sivuvalo, Onko tämä Suomalaista kirjallisuutta?” which includes also 3 of my poems with the translations in Finnish language of the project Runokohtaus, has its own Cartoneras now and more is to come.
Almost each of us whose were participating at the workshop, have made 2 books.

We were talking 3 different languages and it was a very nice atmosphere, where cultures were combined together.
What I have learned? Well beside how to make an handmade book, I have learned that we have something to learn from countries of the South America, that have been before, in the situation in which Europe is now.
To have the possibilities to share the acknowledgment with others, without prejudices is a beautiful thing. The world is changing, the languages are changing and, bring something of your own culture, tradition or history in a foreigner new country, will make the view of the world wider.

We are in an economic crisis and, of course, the poetry, because is a marginal side of the Literature is paying a lot this crisis.
The Literature in general is going through a very tough moment and, if you are not known, you have no chances to be published by publishers, this is the reason because, the number of self-publishing is increasing all the time.
Poets and artists that move in another country, with another language, find their selves in front of a several walls:
the wall of the language,
the wall of the translations,
the wall of the publishers, so, of course, they have to try to find a solution, to stop to be invisible, not for the money or the fame; but just because poetry, art, literature, is part of their identity, is part of their whole being.

So, I hope, and I am sure each of us that were at the workshops think and feel like me, that this Cartoneras will expand in here too, and would be great if Finland could be one of the pioneers along with France and Germany.


Is very good feeling making with your own hands and using only recycled material your own book. :) 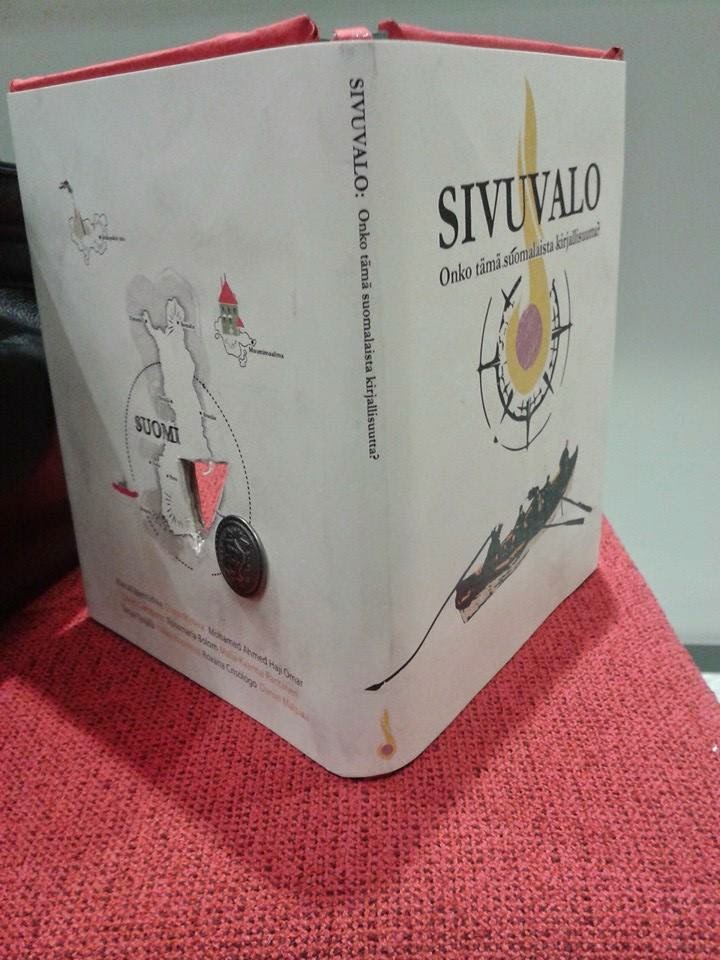 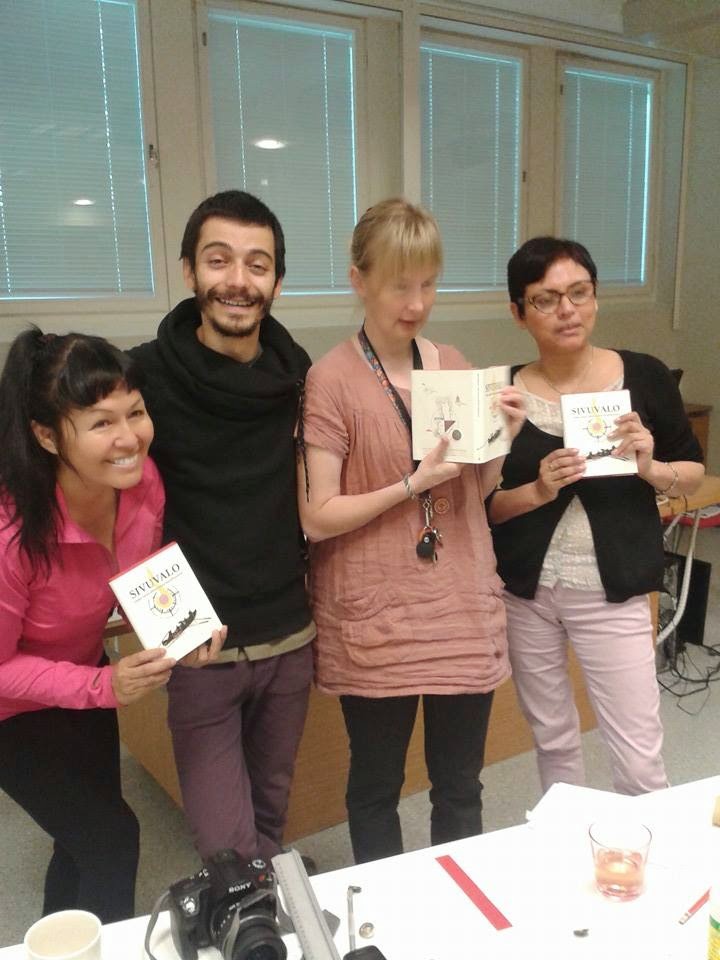 Diana Mistera
I am a poet and a writer. I write in english and in italian. I live in Hämeenlinna, Finland since 2003. Projects I am in: Runokohtauksia Sivuvalo Runosvengi